Ocean Next participate in the construction of a global database for hydrological data, building on preliminary versions already developed by several french research institutes (such as HydroWeb, Hydrolare, …)

Our participation in this project concerns:

Fig1: Variations of the level of water in the flooded area of the Mékong delta., The intense flood in 2000 is related to monsoon season that was particularly intense that year. Conversely, the flood was much less intense in 1998. Ref: SPOT5 image of the Mekong Delta. Source Frédéric Frappart, LEGOS. 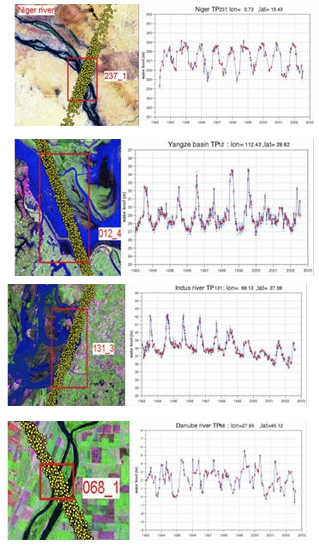 Fig2: Some examples of timeseries of the level of water for Niger, Yangze, Indus and Danube rivers, from the HYDROWEB dataweb. Source Jean-François Crétaux.

Read also about our other activities ›