Emeritus senior scientist at CNRS, expert in numerical ocean modeling, data assimilation and spatial observation. He founded Ocean Next in 2017. 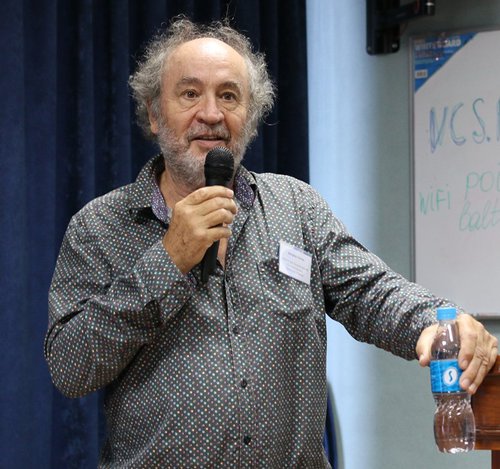 Jacques Verron is an emeritus senior scientist at CNRS, expert in numerical ocean modeling, data assimilation and spatial observation, with a particularly strong commitment in the field of spatial altimetry. Jacques is one of the pioneers of French operational oceanography. As such, in the 90s, he led the first French national research project fully dedicated to operational oceanography. He was strongly involved in the creation of Mercator Océan which has rapidly emerged as the leading european company in the field of operational oceanography and is now entrusted by the European Commission to implement and operate the Copernicus Marine Service. Before committing himself to Ocean Next, Jacques has dedicated his career to research and has supervised more than 60 PhD students and postdocs. He has been editor for various international scientific journals and has authored many scientific publications. He has been awarded the silver medal by CNRS (French government research agency) in 1994, and the first prize from French Ministry of Defense in 1999. He has been, and still is, involved in the management of various national (CNRS, IRD, CNES) and international (NASA, ISRO, …) projects.

Meet with the rest of the team ›